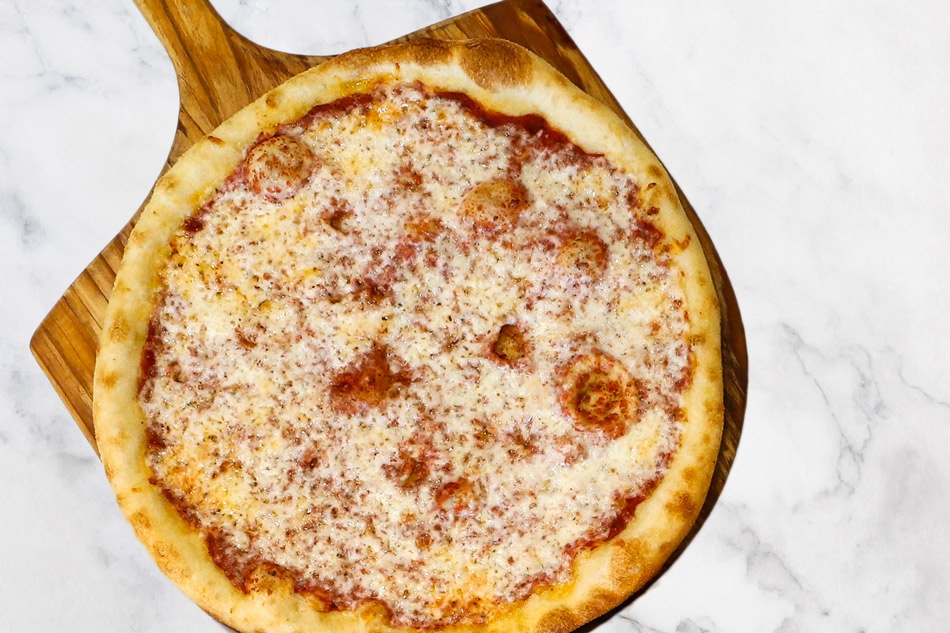 It’s no secret that everyone loves pizza (we know we do!). Whether it’s topped with plain cheese, pepperoni or pineapple, pizza is a favorite dish around the world. In fact, pizza is loved so much around the world, that nearly five billion pies are sold worldwide each year. The U.S. honors it’s love of cheese pizza every year on September 5th, which is known as National Cheese Pizza Day! To help celebrate, here are 10 pizza facts!

1. There are 7 yearly pizza celebrations.

Throughout the year, there are hundreds of food holidays. Each year, the world shows its love for pizza through a series of holidays. Six days of the year are dedicated to different pizza types, and the entire month of October is dedicated to a love of pizza as National Pizza Month. The celebratory pizza days include:

Can you imagine a world without pizza? Prior to 997 A.D., there is no known record of the word pizza or any dish resembling it. The first mention of pizza was in Latin text, which stated that residents of a specific property were to provide twelve pizzas to the bishop of Gaeta on Christmas Day and Easter each year.

3. Pizza was originally very different from what we eat today.

The world’s earliest pizzas weren’t even made with ingredients we associate with pizza today–crust, tomato sauce and cheese. Because tomatoes didn’t arrive in Italy until around 1500 A.D., the earliest pizzas didn’t have tomato sauce or tomato slices. The original pizza crust is believe to be closer to what we refer to as foccacia bread, and it was topped with honey and raisins.

4. Pizza was first eaten by the poor in Naples, Italy.

Although the earliest known pizzas were quite different from ours today, a closer version of modern pizza was eaten by the less wealthy Neapolitans. Flatbreads were chosen as the go-to meal because they were inexpensive to make, could be eaten quickly and could be made with a variety of toppings, including tomatoes, cheese, oil and anchovies.

In 1889, Italy’s King Umberto and Queen Margherita traveled to Naples. Tired of the traditional French haute diet, the Queen asked to be served a variety of pizzas. She particularly enjoyed one called pizza mozzarella, which was topped with red tomato sauce, fresh white mozzarella and green basil leaves–just like the colors on the Italian flag. In fact, Queen Margherita loved the pizza so much that many began calling it pizza margherita, and the name stuck!

RELATED: PAIR YOUR PIZZA WITH A DELICIOUS MICI SALAD

6. Pizza gained popularity in the U.S. after World War II.

While pizza was widely popular in Italy and amongst Italian settlers in the U.S., it was not nearly as popular as it is today until the end of World War II. The pizza popularity movement was started by soldiers returning home from war who had eaten pizza during occupations of Italian cities. During this time, pizza also gained popularity in England, France and Spain when their soldiers returned home.

7. The most common cheese used to make pizza is mozzarella.

When you eat pizza, more often than not, it’s topped with mozzarella cheese. However, many restaurant cheese blends include a mixture of mozzarella, provolone, cheddar and parmesan. Some specialty pizzas use other Italian cheeses to add different flavors to the mix, including gouda, goat, gruyere and ricotta. At Mici, we use premium quality Bacio (meaning “kiss”) cheese, which is “kissed” with Buffalo milk to enhance both the taste and performance of our pizza cheese.

While Italy is known for its classic margherita, topped with fresh mozzarella, tomato slices and basil, different countries each have their own favorites. In the U.S., the most popular pizza topping is by far pepperoni. In Japan, popular toppings are squid and mayo jaga (mayonnaise, potato and bacon). Brazilians enjoys peas on their pizza, the French top their pizzas with fried eggs and China loves crust made out of mini hot dogs!

Pizza and wine pairings have become extremely popular over recent years. In fact, the best wine pairing depends on your pizza toppings. For a classic cheese pizza (perfect for a National Cheese Pizza Day celebration), focus on the sauce flavors and try a or Montepulciano. For pepperoni, try a sangiovese. Don’t forget our wine and pizza special at all four of our locations!

RELATED: LEARN EVERYTHING YOU NEED TO KNOW ABOUT ITALIAN RED WINES

The U.S. alone accounts for more than half of the world’s pizza sales, selling approximately 3 billion pizzas each year–that’s almost nine pizzas per person! With more than 70,000 pizza shops nationwide, the average American eats nearly 46 slices per year. All the more reason to plan for a family picnic, and celebrate National Cheese Pizza Day!

Take advantage of your love of pizza this National Cheese Pizza Day, and bring the entire family in to a Mici near you to enjoy a cheese pizza. We were just voted Reader’s Choice Best Pizza in 5280 Magazine’s Top of the Town Awards!